Hallucinations and paranoia linked to air pollution in UK study 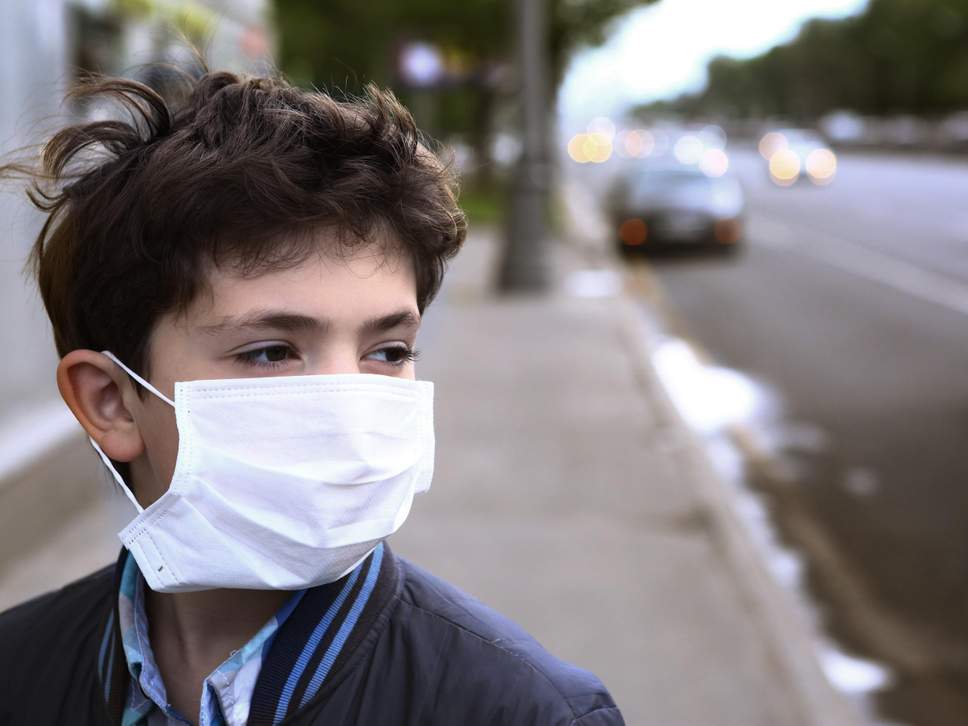 Teenagers who live in cities plagued by high air pollution are more likely to report hearing voices, suffer from paranoia, and other psychotic experiences, according to groundbreaking study.

Researchers from King’s College London (KCL) said that while they could not prove dirty air was causing the episodes, they had factored out other potential causes such as crime, deprivation, inherited mental illness, smoking, drinking and drug use.

Air pollution could plausibly cause mental health conditions by carrying heavy metal particles into the lungs and body, or by causing inflammation, as the brain is rapidly developing in childhood and adolescence.

The researchers cautioned that more work was needed to verify a causal link – but likened their findings to the first investigations into the relationship between smoking and lung cancer.

They were unable to rule out the possibility the phenomenon may be driven by some other characteristic of life in more air-polluted areas which was not accounted for in the study, such as louder traffic noise, which can disrupt sleep and cause stress.

It is accepted that people living in cities have higher rates of psychosis, but the reasons for this are poorly understood.

A study last week linked higher rates of mental disorders in London to increasing prevalence of super-strength “skunk” cannabis, and other research makes clear that there are likely to be several factors which contribute.

In the KCL study, the first of its kind, young people living in urban areas were found to be twice as likely to have had a psychotic experience.

“This study found that psychotic experiences were significantly more common among teens exposed to higher levels of air pollution,” said Dr Joanne Newbury, lead author of the study, which was published in JAMA Psychiatry yesterday.

“For example, teenagers exposed to the highest levels of nitrogen oxides had 72 per cent greater odds for psychotic experiences, compared to those with lower exposure.

Psychotic experiences are more common in early adolescence than adulthood. While they are similar to symptoms in disorders like psychosis or schizophrenia, these experiences do not automatically mean someone has a diagnosed mental health condition.

To assess this difference they used data from 2,232 young people across England and Wales who have been enrolled in a twin study at birth.

Thirty per cent of the participants reported at least one psychotic experience between the age of 12 and 18.

The researchers compared levels of key pollutants in areas where they lived, went to school or spent time at age 17, and discovered that those breathing the most toxic air had the highest odds of having had such an episode.

Nitrogen dioxide and other nitrogen oxides are key pollutants produced from car exhausts, power plants and other fumes and were studied alongside ultra-fine particles (PM2.5 and PM10), which are particularly associated with diesel vehicles.

In total, the nitrogen oxides explained about 60 per cent of the elevated risk, even after Dr Newbury and her colleagues had statistically adjusted for other factors linked to higher rates of psychosis.

Dr Helen Fisher, another of the authors, said their study provides “initial clues”.

“It’s no different from smoking and lung cancer would have been originally,” she said. “We all thought: ‘Obviously there must be an association’. But you can’t really look at that as definitive until you’ve looked at it in lots of different studies.”

Independent academics said the work was an important starting point but called for pollution exposure in other groups to be studied.

“Most evidence points to the relevance of early childhood in psychosis risk, a period the study did not cover,” said Prof Andreas Meyer-Lindenberg, from the University of Heidelberg.

Dr Daniel Maughan, associate registrar for sustainability at the Royal College of Psychiatrists, said: “While the paper has not proved air pollution causes psychosis, the findings are concerning as they suggest that increased psychosis rates in urban areas are potentially linked to air pollution.

“We need a radical approach to air pollution as it is very likely damaging the mental health of young and older people alike.”

A government spokesperson said: “Air pollution is one of the biggest public health challenges facing our country and we are taking ambitious action to cut it. We are investing £3.5bn in reducing emissions at the roadside and the World Health Organisation has praised our Clean Air Strategy as ‘an example for the rest of the world to follow’.

The Mandatory Training Group is the leading UK provider of e-learning and mandatory training courses and qualifications across sectors including health and social care, local government, education and charities. It is our goal to support building a better community for the next generation by continually offering relevant programmes through our interactive online learning portal that has helped over a million learners to reach full professional and individual satisfaction. We recognise the need to promote awareness of the alarming effects of air pollution in the mental health of both young and older people. Click on the following links for related courses.

Contact our Support Team on 024 7610 0090 or via Email to discuss more about our courses on the significance of raising mental health awareness.