Instagram criticised after posts 'encouraging self-harm' are not removed

Campaigner Anna Hodge predicts only around 30% of the posts she reports are ever taken down and removed from the site. 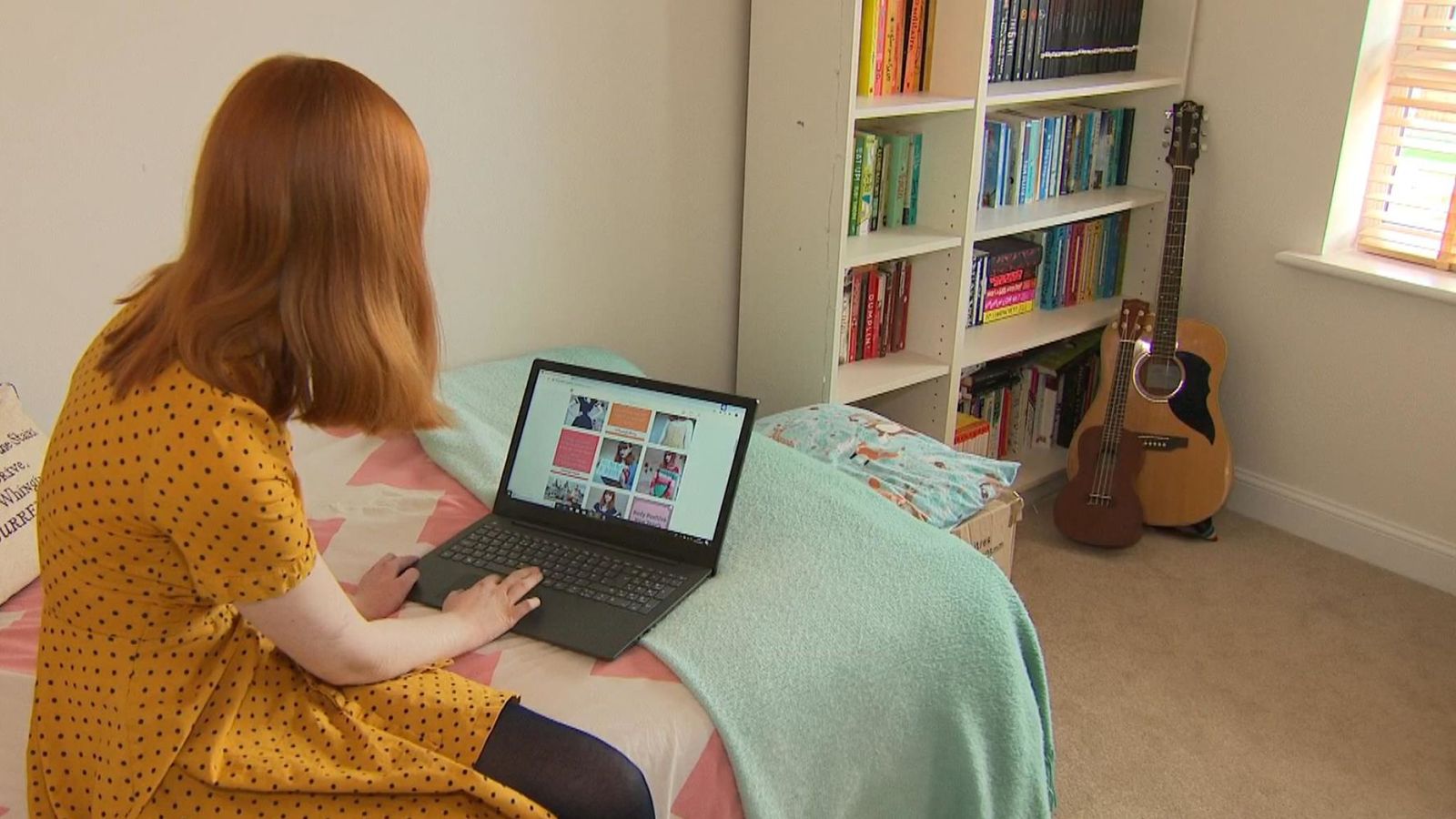 She has reported hundreds of images to the picture sharing site which she felt were harmful or triggering and estimates only 30% are ever taken down.

At least one of these images was reported after Instagram's pledge last month to remove all graphic self-harm content from its platform.

Following the pledge, Sky News reported a number of very graphic images to the site.

A month later and the content hadn't been taken down. 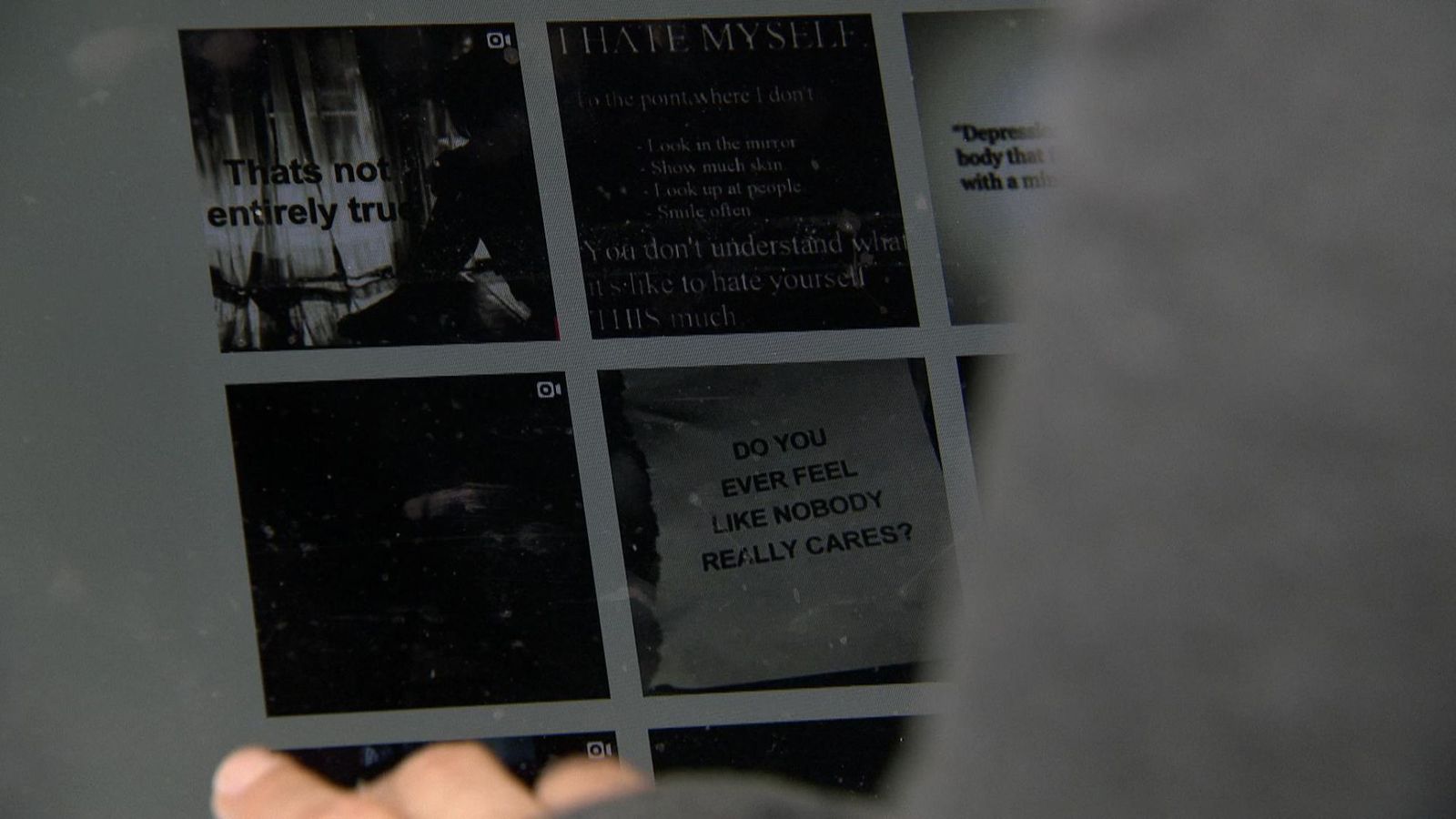 It raises questions about the scale of the challenge facing Instagram, if reported content isn't coming down swiftly, how difficult will it be for Instagram to find and remove content which is less easy to find?

Anna Hodge is now 18 years old. She was first diagnosed with OCD at the age of 11 and became increasingly depressed as she entered her teenage years. As well as struggling with anorexia she began self-harming and was eventually diagnosed with borderline personality disorder and depression.

"You feel such a build-up you need to do something and self-harm was that something for me," says Anna.

"It was a way of punishing myself and it felt like a good relief at the time, but looking back it didn't help at all.

At first she found the mental health community online a helpful source of support. But there was a darker side to some of the accounts she was following

"The more people you follow the more chances there are of seeing things that aren't appropriate and Instagram suggests accounts to follow and you go down a bit of a rabbit hole. Once you've talked to these people and you feel like you've bonded you don't want to unfollow when they post harmful things because you don't want to upset them

"Once you're reading about all these people thinking such negative things and telling you what they are , if you've had some of those thoughts too it reinforces that pattern of negative thinking in your head, it kind of encourages it."

After a number of years in hospital Anna is now back at home and studying for a degree.

As part of her recovery she regularly reports content to the site and is frustrated by how often things aren't removed. 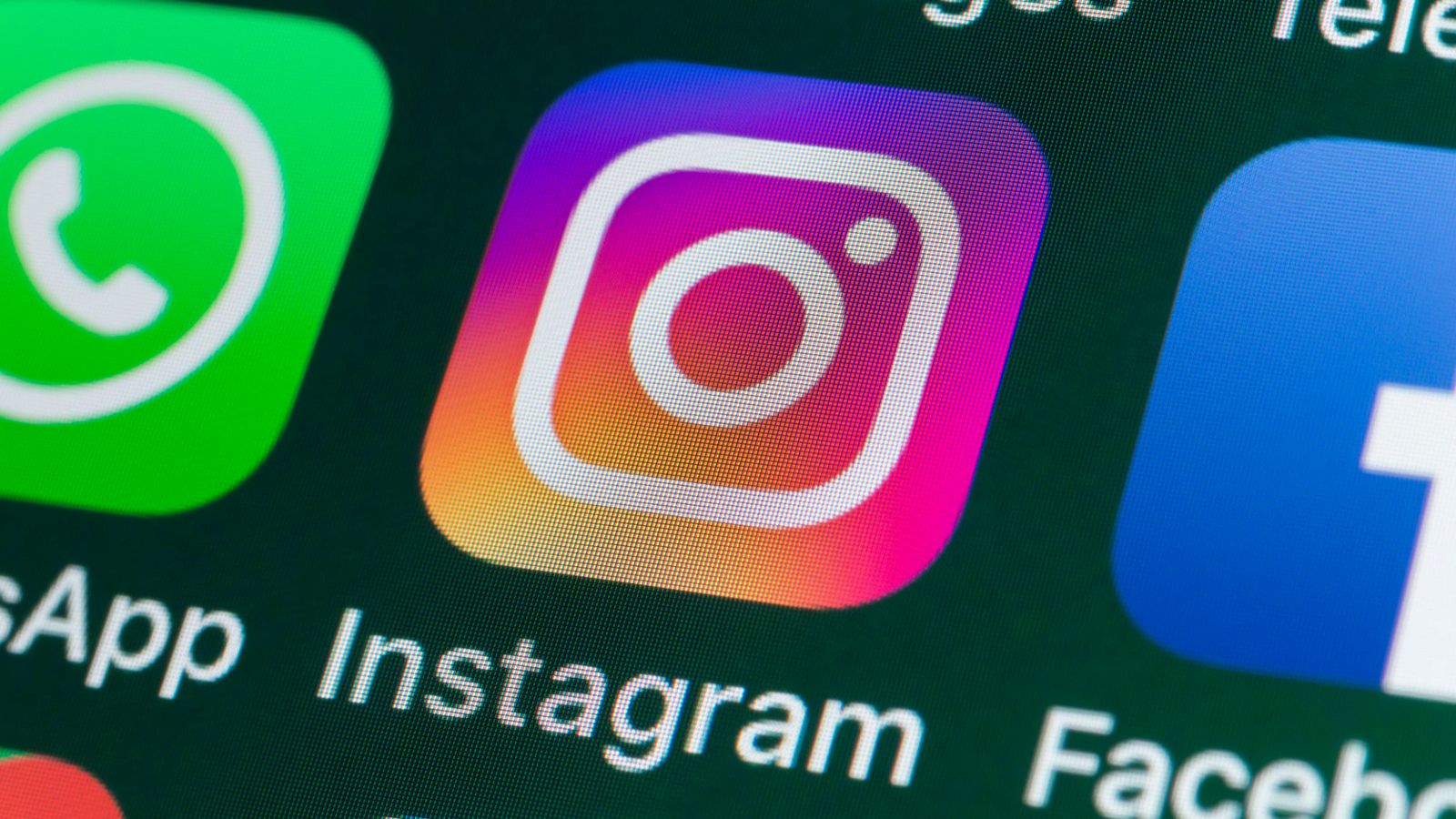 Instagram is a photo sharing platform, with upwards of 375m users

"They just say 'we've reviewed your content and it's not against our guidelines'," says Anna.

The social media companies have faced criticism over the secrecy that surrounds their reporting and monitoring process.

The site's policy has always been that it does not allow content that encourages or promotes self-harm or suicide - despite this the content had not been removed a month after it was reported.

For charities like Samaritans who are helping advise Instagram, their goals will be hard to achieve without being more open.

"We definitely need it to be much more transparent," says Harriet Edwards, Samaritans policy manager.

"Nothing is more important to us than the safety of the people who use Instagram.

"We were clear that it would take time to build new technology and train teams to enforce the new policy, and people posting or searching for this content would be sent resources.

"Now when people report this content It should be removed and the person who posted it will be sent resources.

"We are committed to doing everything we can to remove this type of content from Instagram, but it will take time."

Ahead of running this story we pointed Instagram towards the images we reported.

A couple of them have now been taken down.

The Mandatory Training Group is the leading provider of e-learning in the UK. We offer mandatory and statutory training courses and certifications for sectors including health and social care, local government, education and charities. Our interactive online learning portal has supported over a million learners to reach full professional and individual satisfaction. It is our goal to continually promote continuous learning as a means to raise awareness on the impact of social media in the mental health of young people as it is our social responsibility to help build a safe and secure online community. Click on the links for relevant programmes.

Contact our Support Team on 024 7610 0090 or via Email to have a full discussion on our far-reaching courses on the effects of social media on the mental health of children and young people.

Instagram criticised after posts 'encouraging self-harm' are not removed